Underground Conference is a very special party, and so are its features and competitions. While the party itself could very well be regarded as satire on existing mainstream events, this doesn't mean it needs to suck.

Underground Conference is a hardcore camping survival demoparty.  We are aware that most sceners hate Nature, are allergic, afraid of insects etc - so are we. Get out of your comfort zone and challenge nature!

This year, UC will run for a full week. While a lot of sceners are happy to do one week of camping, for others this is a nightmare. We therefore will be running shuttles to private showers and bathrooms every morning, so you un-stink yourself the way pros do. Also, we will be running a shuttle to a Hotel in Bingen, so if you absolutely hate camping, you can still enjoy the party and sleep well in a Hotel.

Anyway: This is an outdoor party. No hall, lots of fresh air, no Corona Aerosols. It's the best and safest way to have a party this year.

Check out the map: 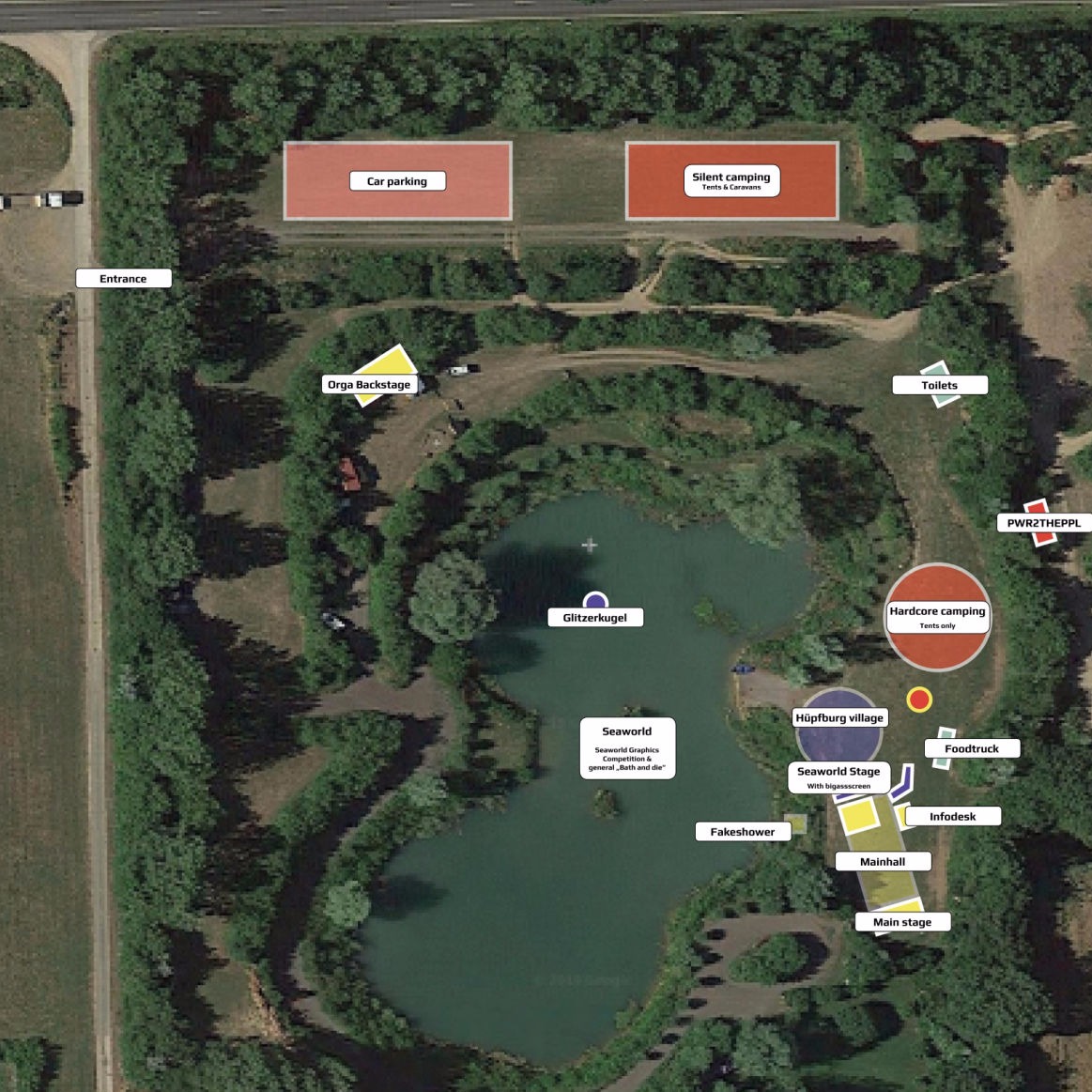 The private location also is featuring a private pond. It does have an interesting background story: UC8 was located in and around an old copper mine.

This lake on the other hand is only half-natural: It came to life when a scheduled underground explosion in a tunnel from a nearby mine went wrong, with tons of earth crashing down into the mine.

The water is really nice, and you'll be able to swim, dive and drown there. 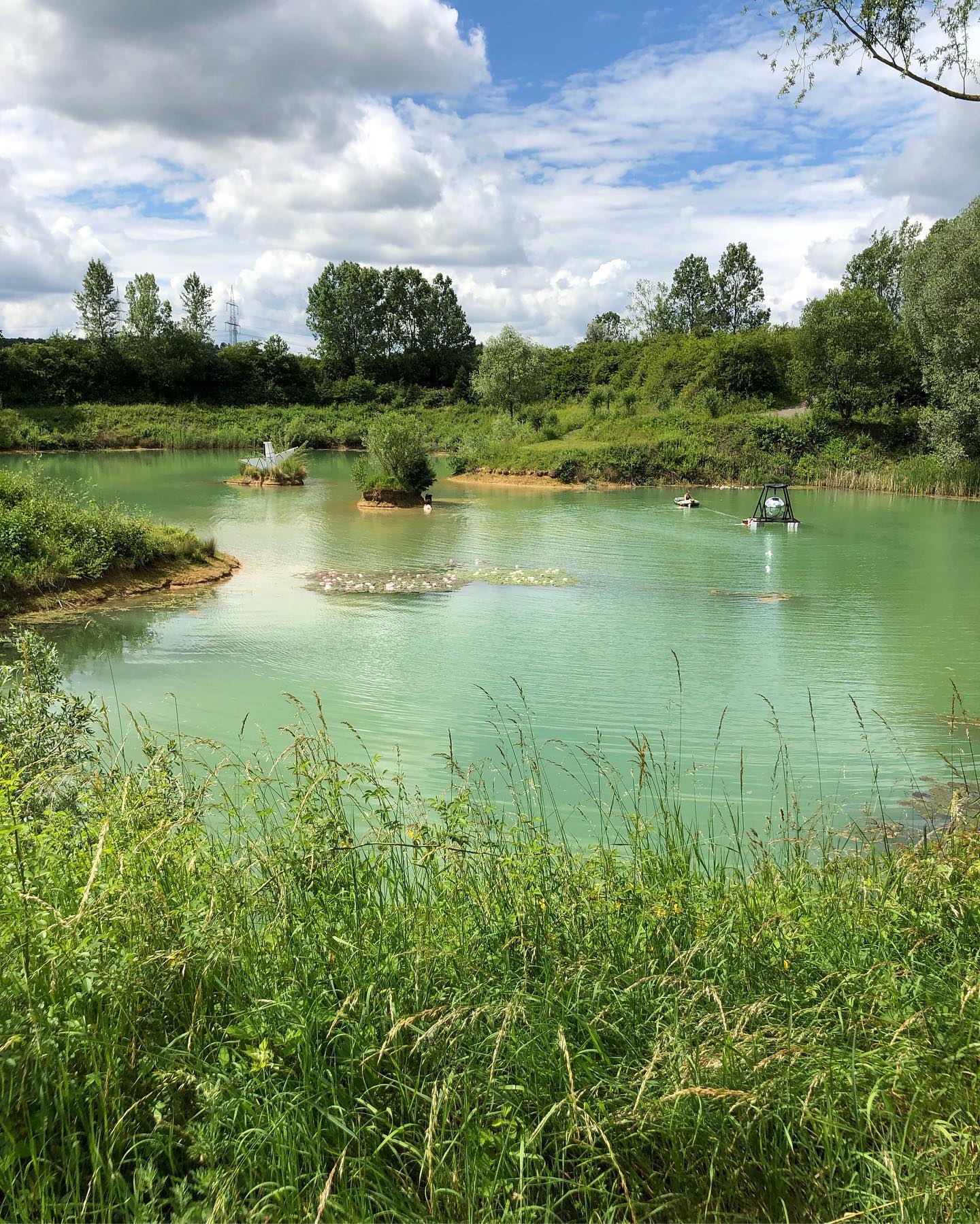 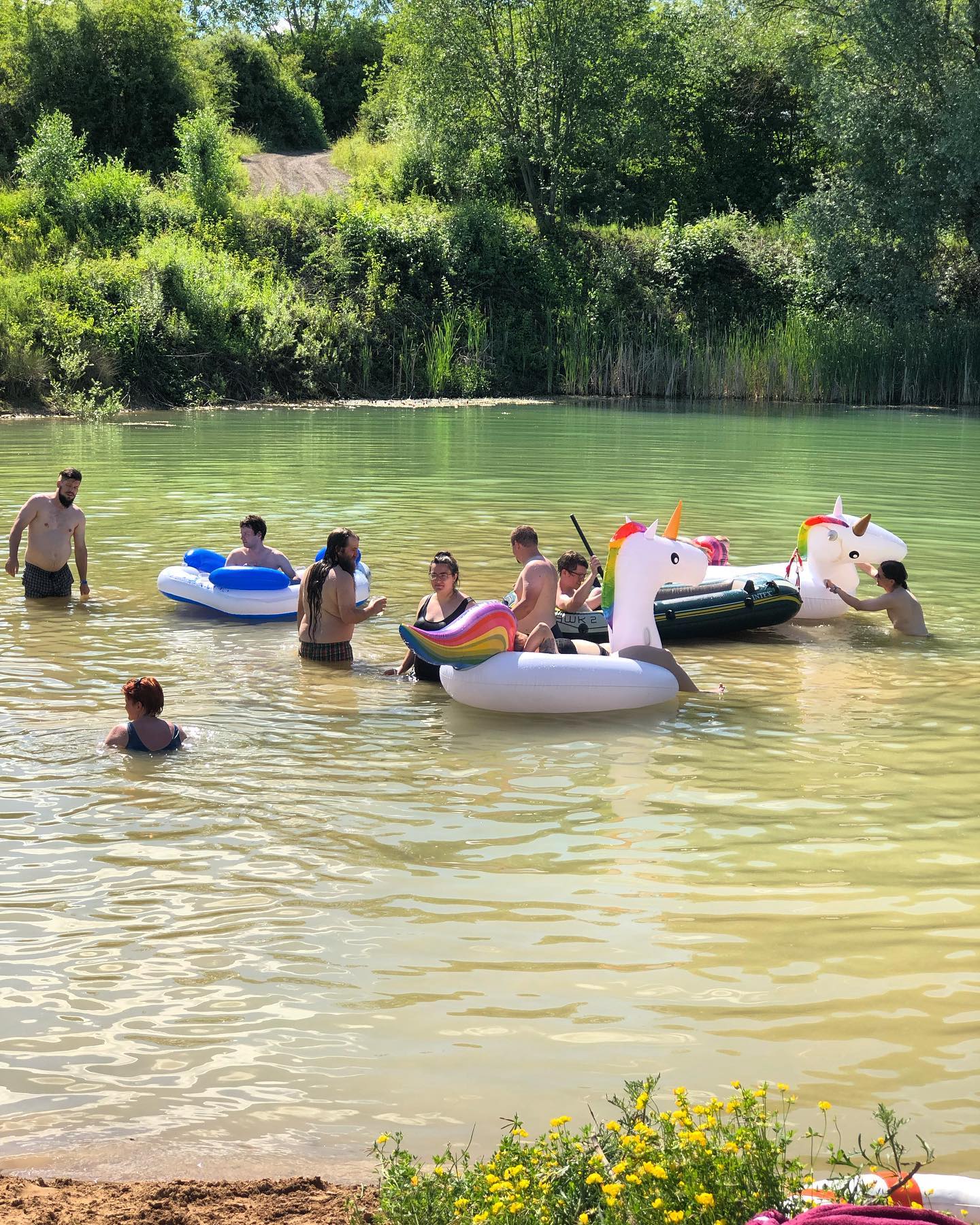 Imagine sitting on a bouncy castle under the all the stars in the sky, watching a beer, having a demo. That's possible only at Underground Conference.

At previous UCs we used to recycle the original Breakpoint 10x6 Meter bigscreen. Due to the "non-tent"-system we have this year, this is not feasible. The bigscreen this year will be replaced by a 7x4 one. That's still a whopping 28 m² of bigscreen glory. And, we have upgraded to a bad-ass Laser projector to ensure a bright picture even during daytime. 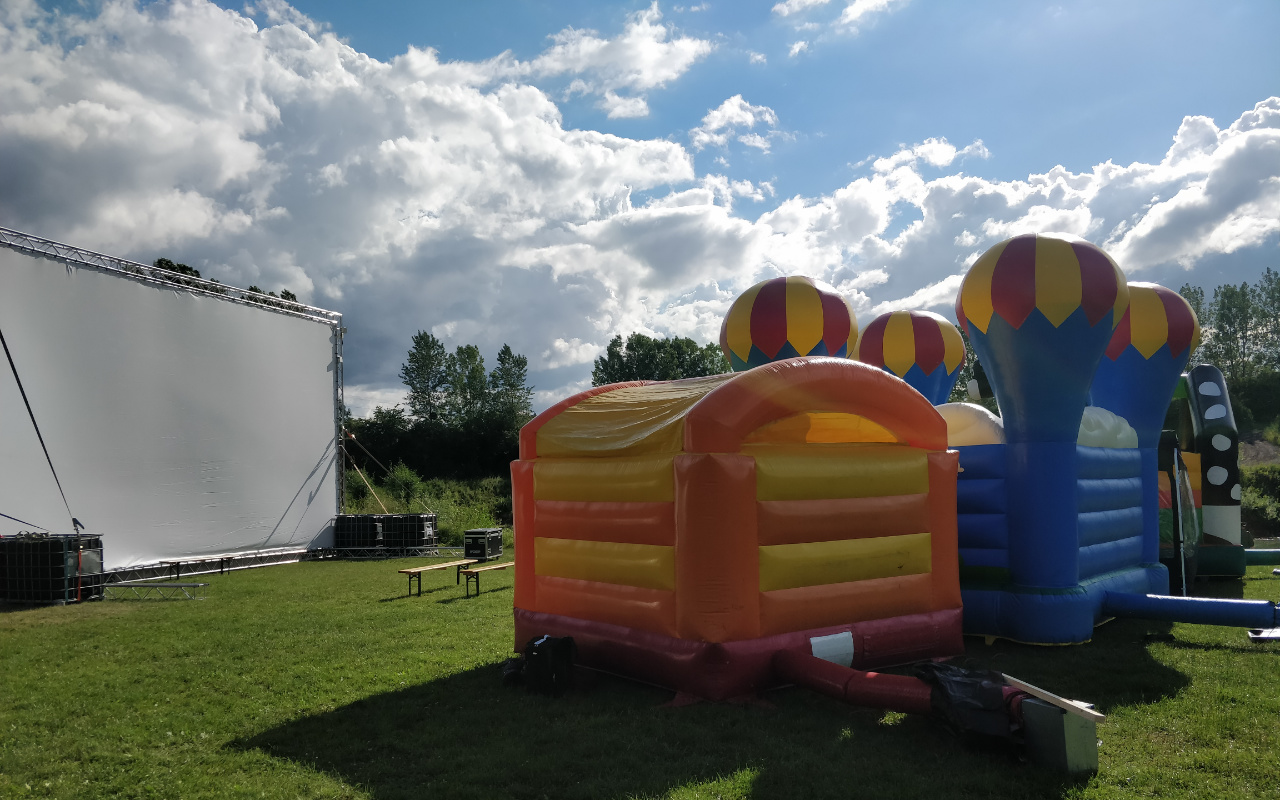 So, let's talk about money.

At uc3d back in 1999 we first brought you another stupid invention: The RULE-CARD. Now what's that? Well, it's one of the first digital currencies in the world, backward-compatible for over 20 years! Whatever you normally pay with, may it be Dollars, DM, Euro oder Frogeater-Money, it's worthless at UNDERGROUND CONFERENCE. The only thing that counts is your RULE-CARD.

The RULE-CARD is a chip-card every registered visitor gets after he paid his entrance fee.

Everything you buy at the Party will be paid with your RULE-CARD, we won't accept anything else. Yes, this sounds like nonsense. But it's fun. And it minimizes the risk of stoned organizers losing all the money is solved, too). It just rulez.

If you enter the party you will be able to exchange some of your old-fashioned lame money to nice tasty RULE. You may also add more funds to your RULE CARD at a later time during the party.

If you still own your rulecard from previous UCs, take it along with you! All RULE on it is still valid. You will also get some special bonus if you re-use your old card (wir invertieren Dein Guthaben).

Oh yeah, one of the cool things about the RULECARD is that we are able to completely track what you've bought through the party. Hooray for no privacy! Well, anyway, this enables us to present you a very unique UNDERGROUND CONFERENCE feature - the realtime beer stats! During the party you may check how many litres of beer you have ordered during the party on the bigscreen. The visitor who drinks most and ranks highest gets awarded the special "dumme alkoholiker saufsau"-prize! 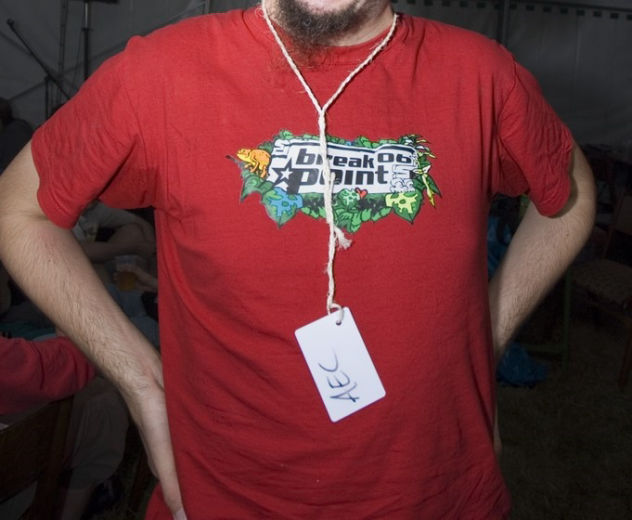 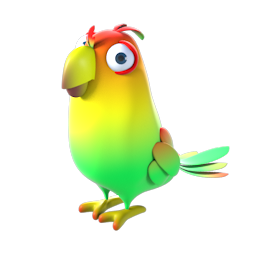 Site by Scamp
Gfx by Cobalt